The Emerald Gulistan, Mosque at Kanpur

A mosque is a humble way for man to create a divine presence on earth. ‘Masjid’ is a word meaning ‘place for prostration’. It is obligatory for Muslim men to congregate five times each day, for weekly prayers and on festivals. It is also used as a gathering place for meeting and socializing and is strategically located at a junction to provide easy access to all. The motive of the space is that one enjoys solitude within the closed structure, and connects to the world externally. The mosque is located in a prime location of Kanpur, amidst dense residential complexes surrounding it. The planning of the mosque is derived keeping in mind the ideologies of the faith and its symbolism in the real world.

One of the basic form of geometry, the square is a simple polygon representing equal lengths and angles. This form depicting perfection is the symbol of physical experience and the physical world or materiality. Each side of the square symbolizes elements of the material world; Direction – North, South, East, West; Season- Spring, Summer, Autumn, Winter; Elements of Nature- Earth, Water, Fire, Wind and; Uniformity- Balance, Order, Equal, Stable. Also, Islam is the religion based on monotheism, oneness of God, with all virtues generating from and dissolving in the same God. It emphasizes on equality, where everything and everyone is equal in front of God. Square as a simple and pure form, with its perfect geometry, convey the spirit of this faith.

Architecturally, a mosque has four main elements namely the congregation hall, mihrab or the qibla (the direction of prayers and the site for imam), minaret (tall tower for the call of azaan), and a hauz (water tank for ablution) and is directed towards the qiblah, where worhsippers face for their prayers. The plan of the mosque is derived by evolving the simple geometry of square using it as the prayer hall. The elements such as the qibla, the minaret and the wazu area is added to the main congregation hall for its respective functions.

With respect to elevation, the same square form is tilted at angle, to reflect the prostrating figure while in prayers. The exterior is simple with large courtyard space, beautified with landscape. Worshippers gather here after prayer for socializing and for relaxation. The mihrab at the exterior is rested in a small water body.

The elevation is treated with carved marble jalis, for revival of the Mughal essence, and for filtration of harsh light. The magnificence of the light entering in, is symbolic of the enchantments the celestial world falling on the earth. A sculptural quality to the façade has been lent by the jali which is reminiscent of the past and establishes its connection to the present. Like any other Islamic pattern, this motif is derived from octagon which evolved into an 8 point star and finally deriving into the 8 fold rosette. These jaalis weave a subtle play of shadow and light and provides a dynamic nature to the subtle peaceful quality of the space within as the shadow changes over the day and different seasons. The external heat is cut out as air is subjected to the venturi effect. 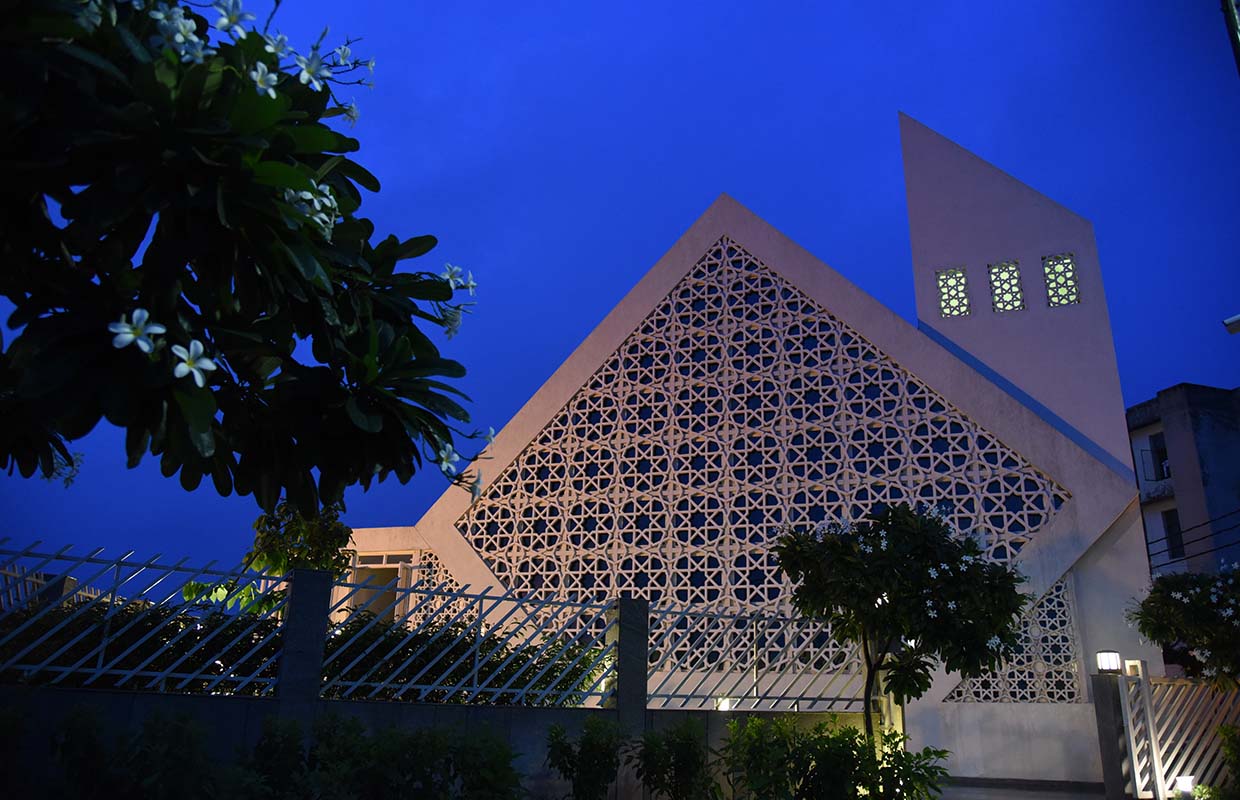 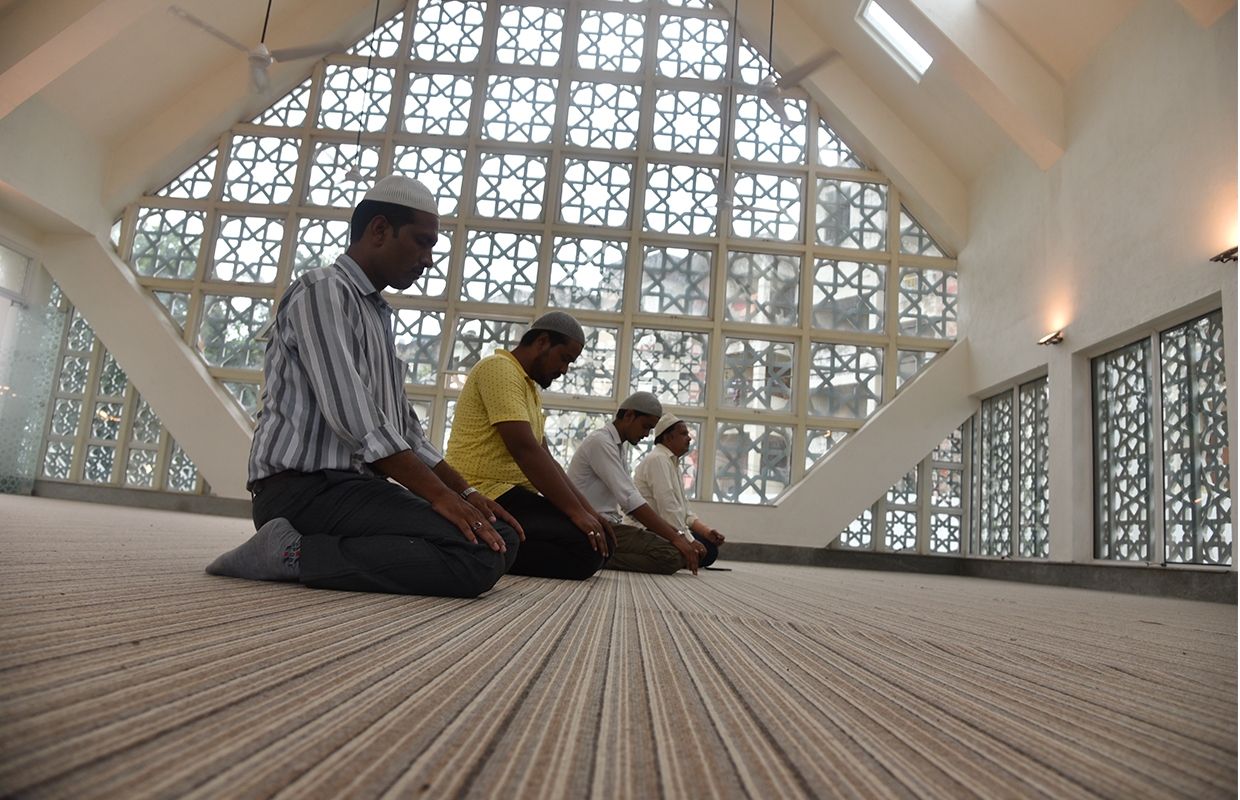 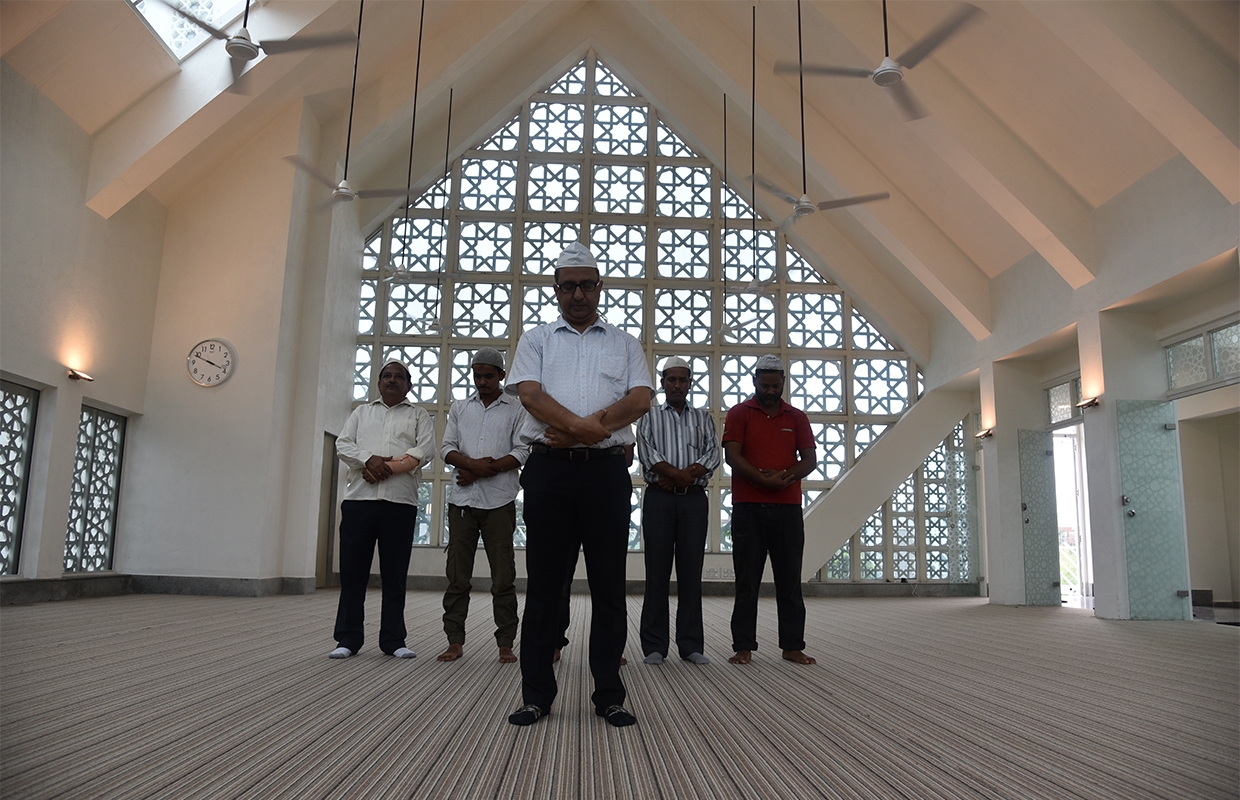 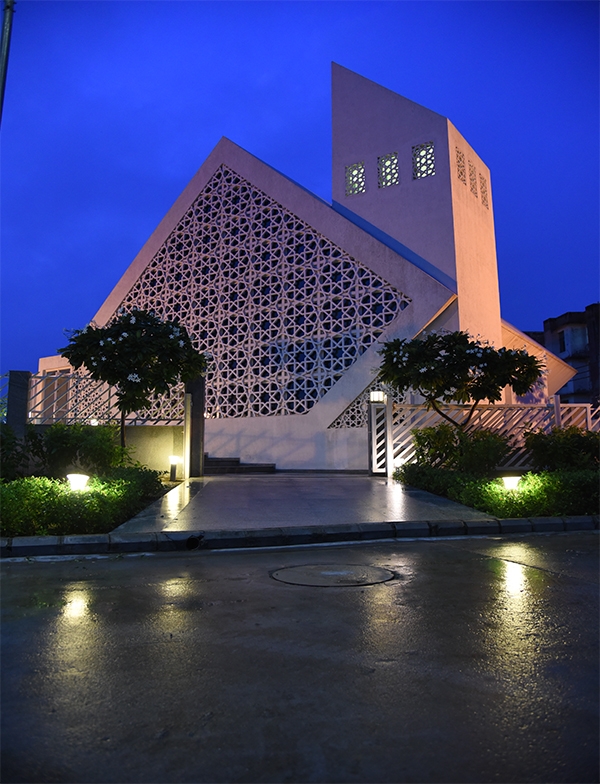 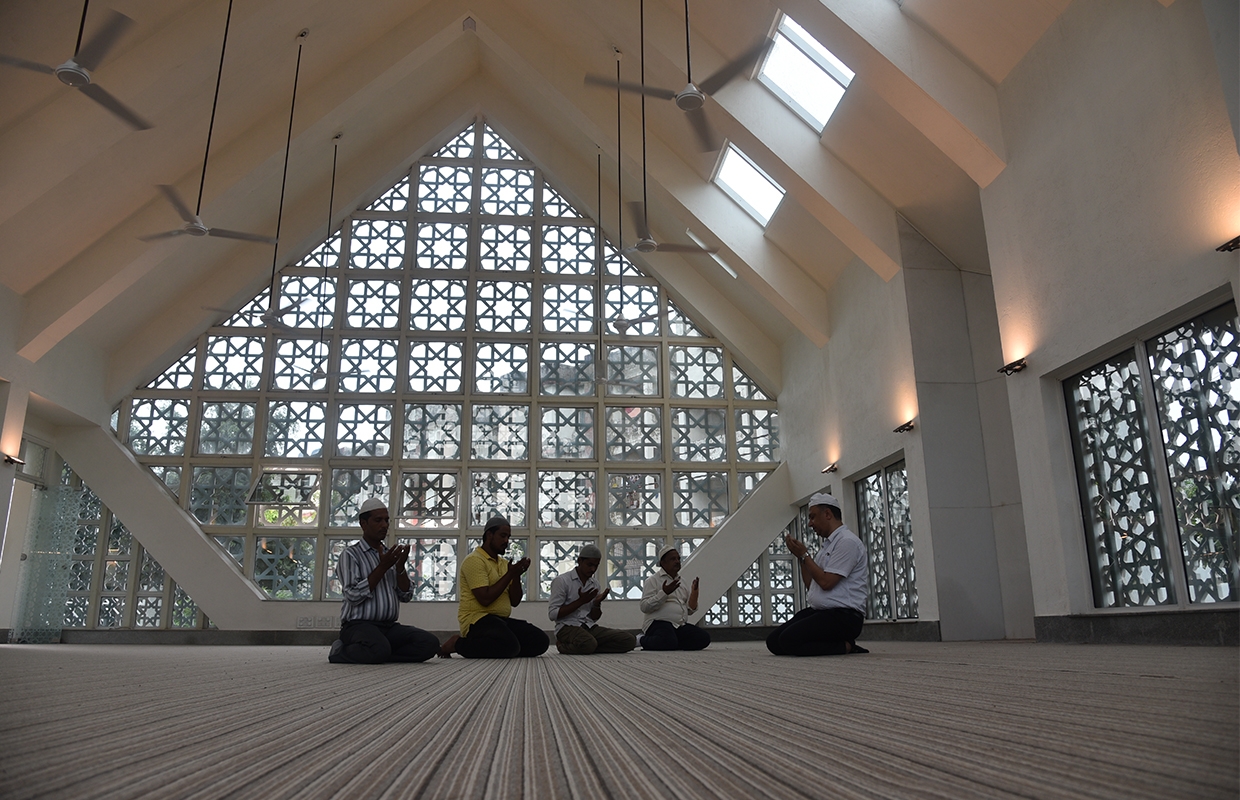 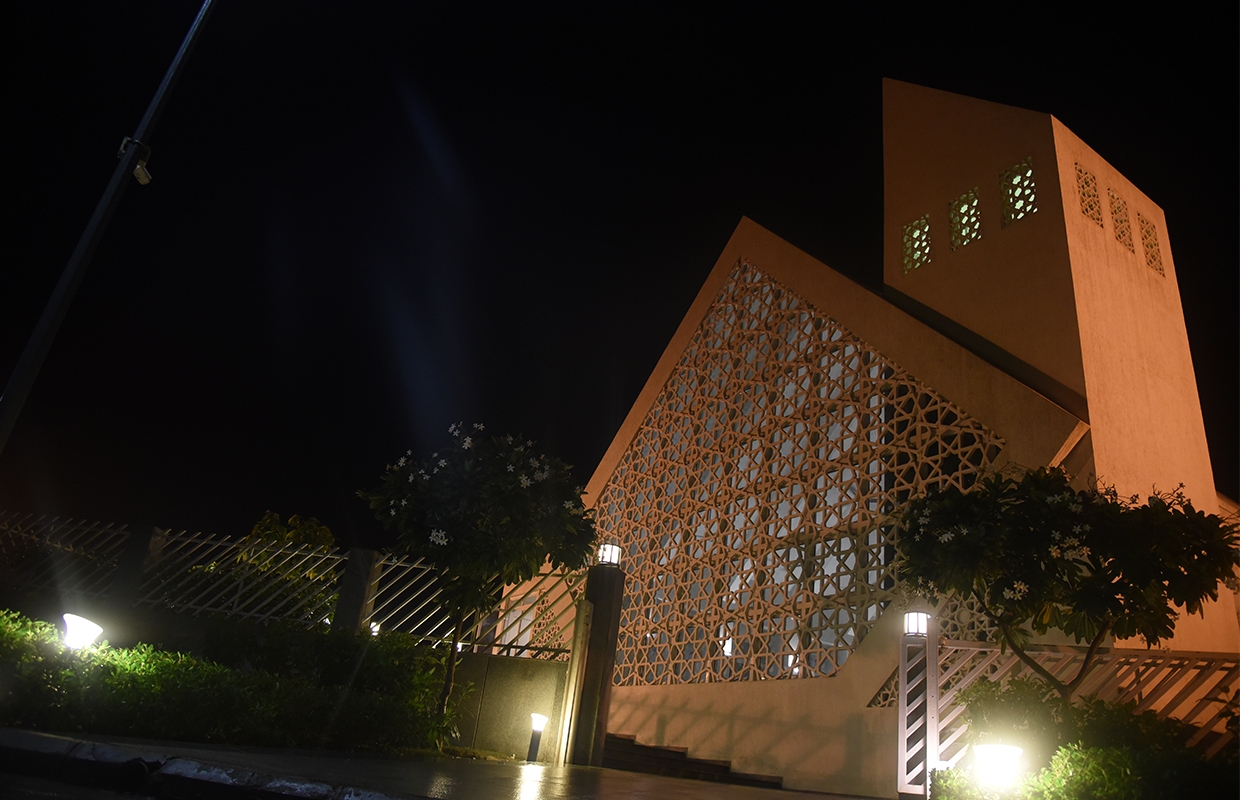