The concept of the project design is inspired by the temple being an embodiment of positive energy. The temple is strategically built on the most magnetically positive part of the site. The motive is that, besides worshipping the deity, people visit the temple to ward off their own negative energy and imbibe the positive energy.

Architecturally, the temple has four main elements, namely Garbh Griha (where the deity is housed), the Parikrama path (circumambulatory path around the Garbha Griha), the Shikhara (topmost tower presiding over the Garbh Griha) and a porch.

The basic form of the temple is derived by evolving the warm gesture of Namaste, the gesture that is made by the disciple to pay respect to the God. Namaste essentially means “not mine”; in a way, it is an act of surrending oneself to the Divine. The form is attained with a perforated screen placed on all four sides of the shrine to form a Shikhara further emphasizing on its prominence.

The walls are clad with locally available stone and two of the faces have pockets that hold diyas (lights) which add to the aesthetics and the ambience of the structure. Immediately surrounding the shrine is the Parikrama path, which is highlighted with the interplay of the natural light that is sieved through the marble screen surrounding it. The plinth of the structure has seats on all four corners for the disciples to embrace the energy and for peace of mind. The entrance porch is demarcated with a small structure supporting an existing peepal tree.

The design of the landscape is a direct translation of what the temple stands for. The avenues and the water bodies are planned in a way that they tend to soar from the ground up to the apex of the temple enforcing it to be the most prominent part of the project. The soft scape on either side of the avenues is mixed with hardscape giving an illusion of a bend as that of a Swastika.

In the Hindu religion, the Swastik symbol is a form bending clockwise, which reinforces positivity around it. In principle, the temple and the landscape, both are derived from symbolic icons of positive energy, Namaste and Swastika respectively. The design of the temple and the landscape complement each other showing a cyclical transfer of positive energy from the ground up to the shrine’s apex and back again to the ground around it; thus making the surrounding energy of the space as powerful and purifying as the
shrine in it. 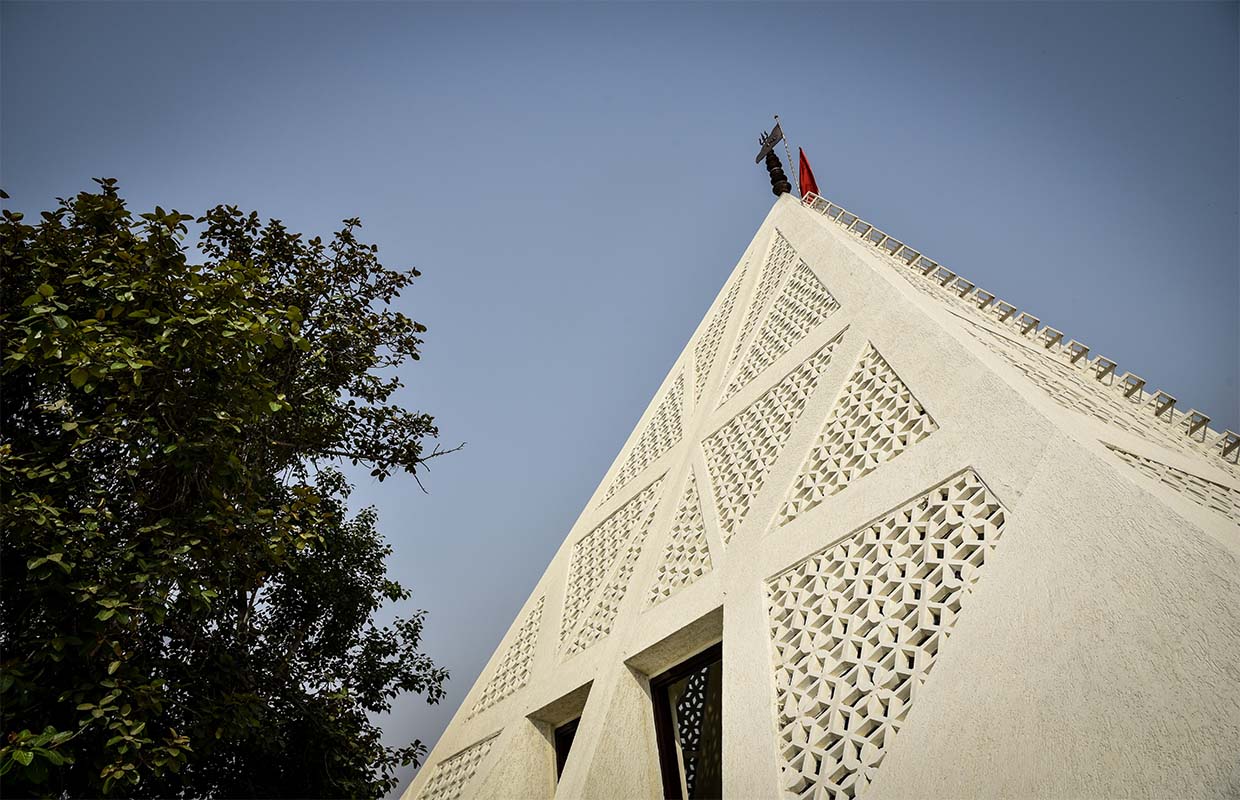 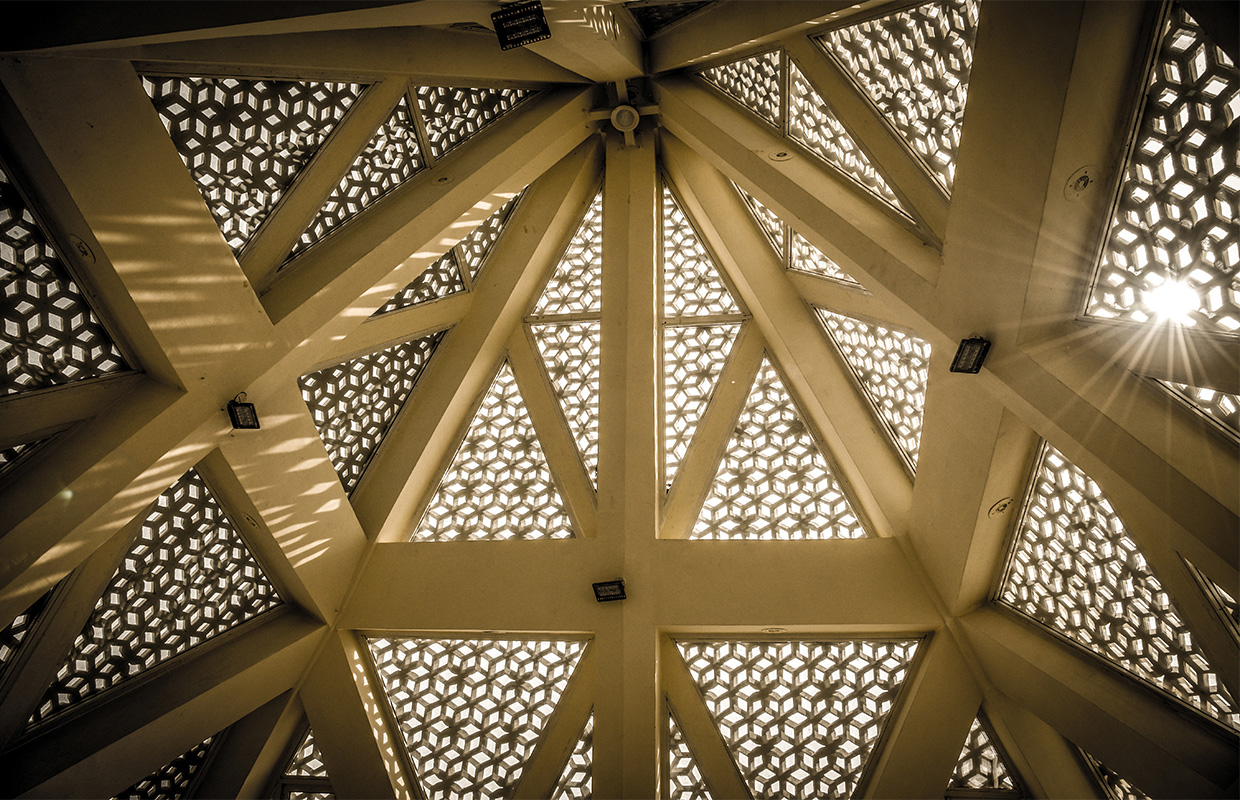 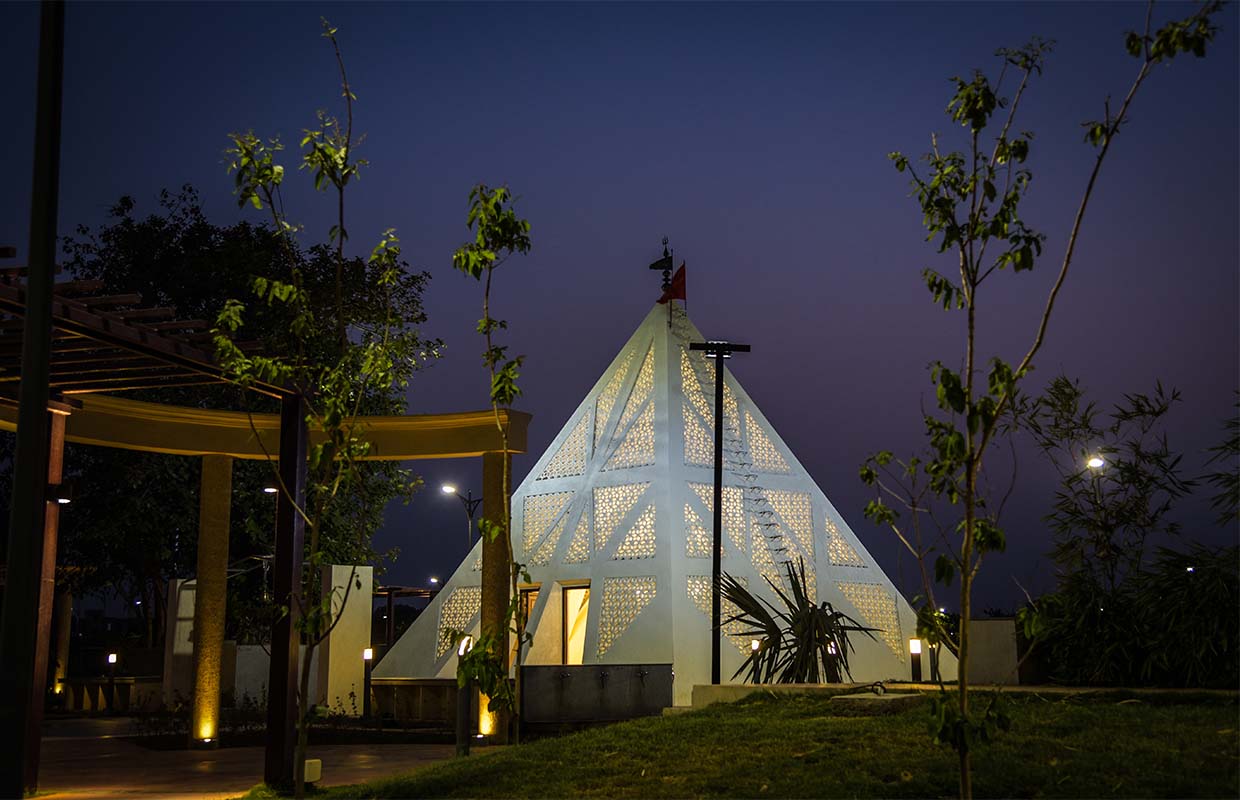 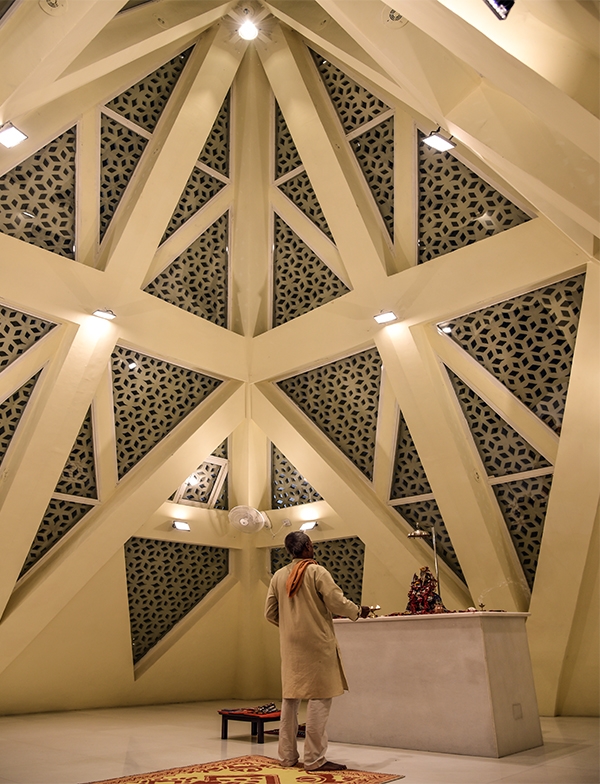 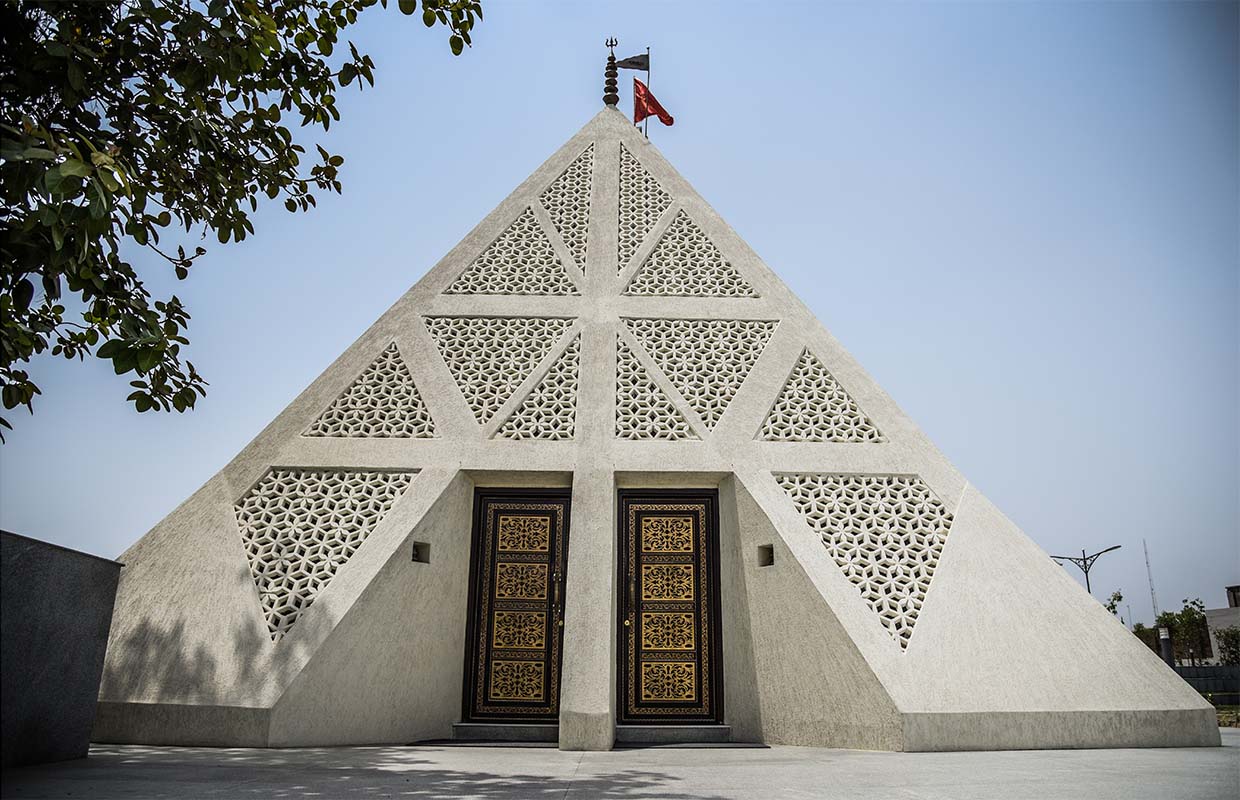 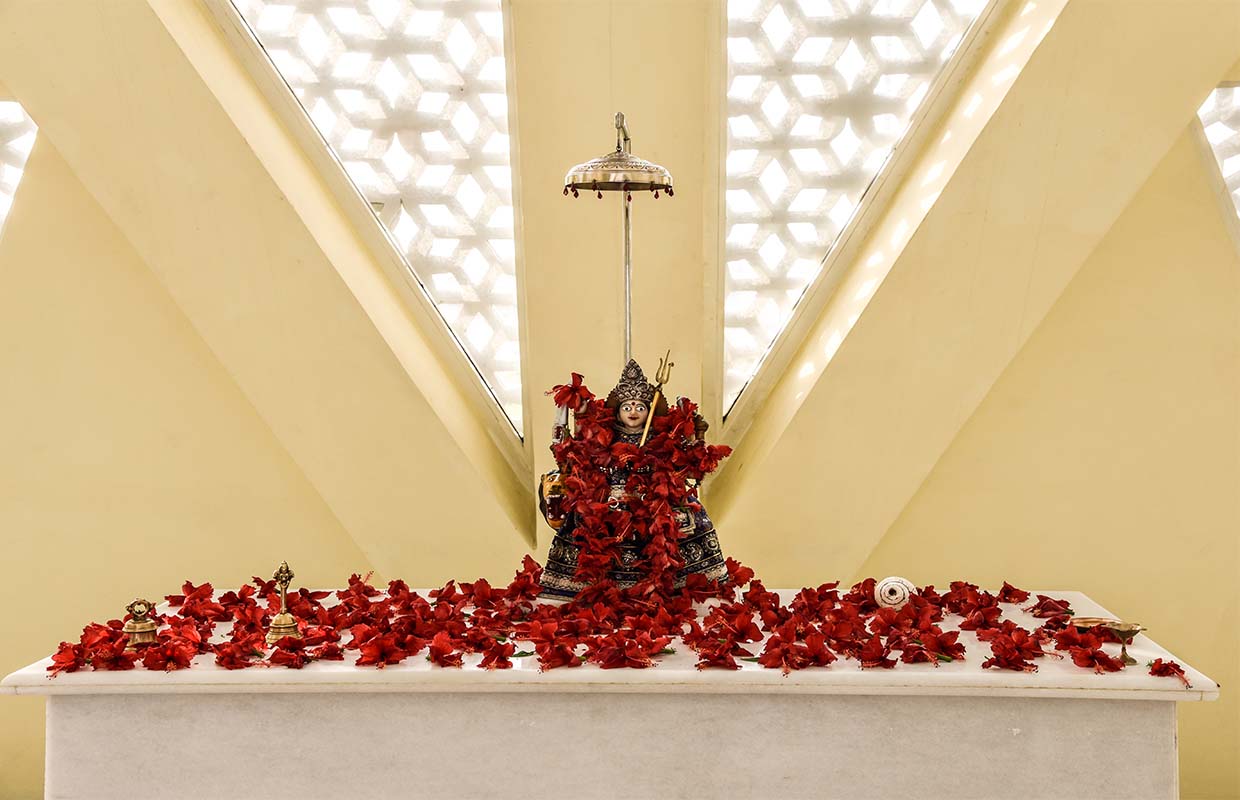 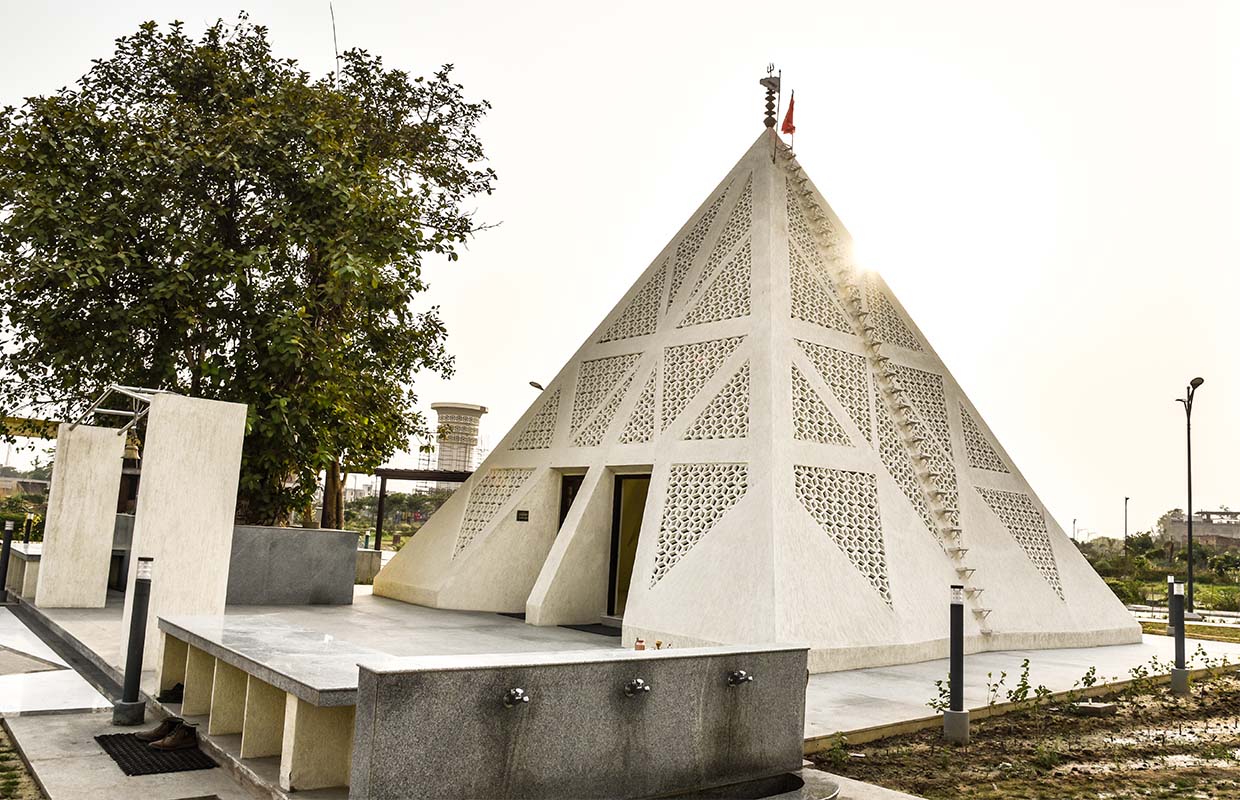